Home World of Lalique News The Niepoort in Lalique 1863 decanter achieves a GUINNESS WORLD RECORDS™ title for the Most expensive Port wine sold at auction at Acker Merrall & Condit Hong Kong at HK$ 992,000 (approx. US$ 127,000) 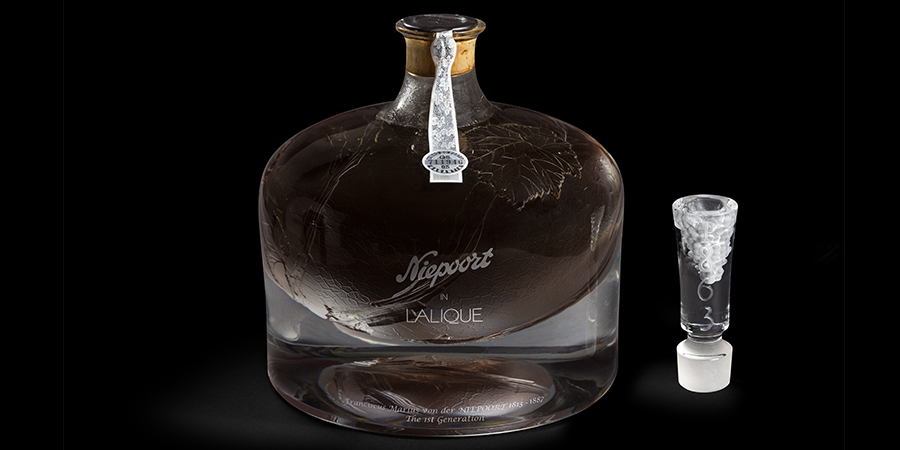 The Niepoort in Lalique 1863 decanter achieves a GUINNESS WORLD RECORDS™ title for the Most expensive Port wine sold at auction at Acker Merrall & Condit Hong Kong at HK$ 992,000 (approx. US$ 127,000)

Saturday 3rd November, Hong Kong: A GUINNESS WORLD RECORDS™ title for the Most expensive Port wine sold at auction was set today with the sale of the first Niepoort in Lalique 1863 decanter. Filled with the exceptionally rare 155-year-old vintage Port created in 1863 by the first Niepoort generation, Franciscus Marius van der Niepoort and contained within a meticulously crafted Lalique crystal demijohn decanter, it sold for HK$ 992,000 (approx. US$127,000) at Acker Merrall & Condit, Hong Kong.

The collaboration between Lalique and Niepoort was announced earlier this year and has resulted in five demijohn decanters, each one engraved with a name from one of the five van der Niepoort generations. Each decanter is signed Lalique, numbered and filled with the exceptionally rare 155-year-old vintage port, from an original Niepoort demijohn decanter in the Niepoort cellar in Porto, Portugal. Each of the five decanters represents a generation of the Port wine dynasty from its foundation in 1842 by Franciscus Marius van der Niepoort, up to Dirk van der Niepoort, the fifth generation, who runs the company today.

The design is based on the original 11-litre demijohn from 1905 created using one of the oldest glass production methods – a nod to the heritage of both Lalique and Niepoort - cire perdue or ‘lost wax’, a technique learned and passed down through the generations of skilled craftsmen and still used today at the Lalique factory in Alsace.

Lalique has a history of collaborating with the world’s most sought-after and collectable wine and spirits houses. Since 1925, it has produced exceptional decanters for, amongst others, wineries such as Clos Saint Odile or Schlumberger, Distilleries such as Cognac Hardy, Grand Marnier Beluga Vodka, Patrón Tequila, its collaboration with The Macallan continued for more than a decade and resulted in three GUINNESS WORLD RECORDS™ titles including the Most expensive whisky ever sold at auction: The Macallan ‘M’ Imperial in a Lalique six-litre decanter sold for US$628,000 at Sotheby’s in Hong Kong in January 2014.

The 1863 was given perfect scores of 100/100 by James Suckling (jamessuckling.com), the international wine critic and 20/20 by Jancis Robinson (jancisrobinson.com), the British wine critic who writes for the Financial Times and advises on the wine cellar of Queen Elizabeth II. The 1863 is an integral part of Niepoort's rarefied tawny blend known as 'VV’. 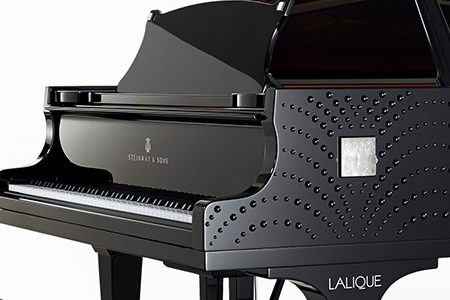 On September 4th 2019, at Lalique’s four-star hotel, Château Hochberg, Lalique partnered with James Suckling, world renowned wine critic and CEO of JamesSuckling.com, to publish the 2019 edition of the Great Wines of Alsace, to pay homage to the finest wines of the region. 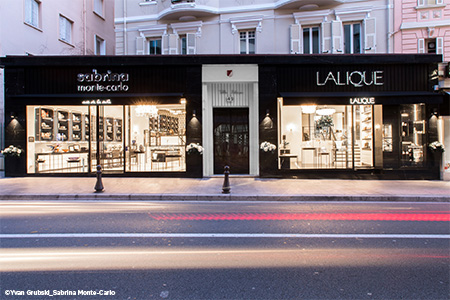 Opening of a new Lalique boutique in Monaco

On March 15th, a new Lalique boutique opened in Monte Carlo, in partnership with Sabrina Monteleone-Oeino, owner of the boutique, and in the presence of HSH Prince Albert II de Monaco.