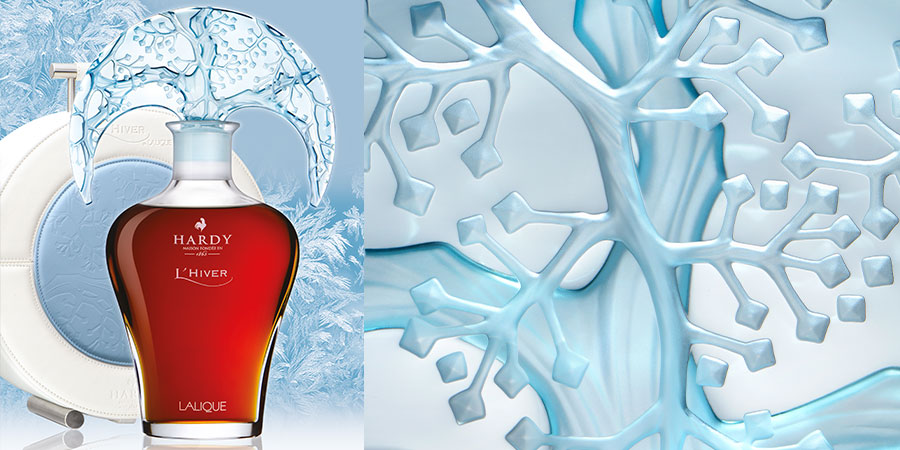 Pursuing its fruitful collaboration with Maison Lalique, Hardy has unveiled its final creation in the Four Seasons collection: L’Hiver carafe. The carafe is topped with an ice blue crystal tiara adorned with dormant vines.

Following the success of the three previous releases (Le Printemps, L’Été, and L’Automne), L’Hiver carafe delivers an ultimate blend of six centenary-old eaux-de-vie carefully selected by Armand Hardy between the two world wars, taken amongst the rarest eaux-de-vie in the Paradis of the House Hardy.

The shape of the carafes, sculpted in Lalique crystal, is a nod to the world of perfume. The feminine silhouette and the spectacular sculpted fan-like stoppers are reminiscent of some of the perfume bottles created by René Lalique in the early 20th century. The motif and color of each stopper reflects the evolution of the vine during each season.

Limited edition of 400 pieces.
Available in the Lalique boutiques 11 rue Royale in Paris and 19 Cours de l’Intendance in Bordeaux, as well as through the Hardy Cognac distribution network.