Home World of Lalique News Flying B, Lalique for Bentley 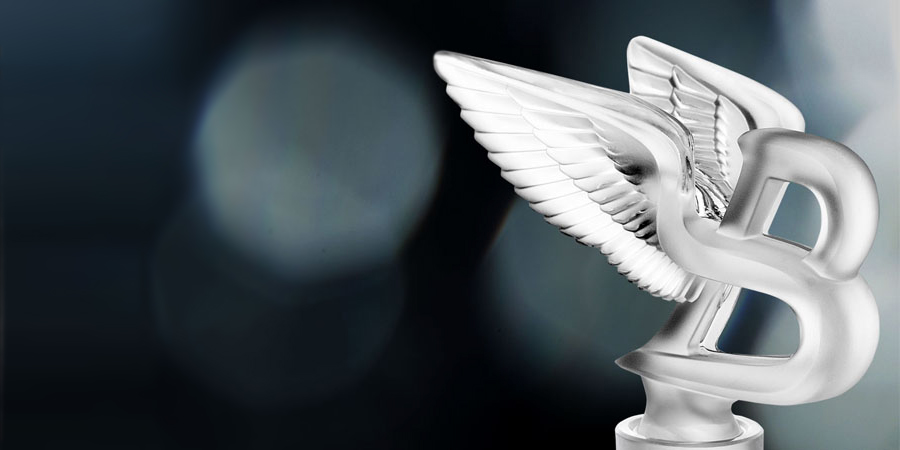 Flying B, Lalique for Bentley

Continuing the tradition of René Lalique’s legendary car mascots, Flying B, emblem of the British luxury car icon, celebrates both the richness of Lalique's past and its stunning modernity. The dynamic of its wings, wrought in gleaming crystal, epitomizes timeless beauty while evoking lightness, speed and elegance.

The roaring twenties also meant the veneration of luxurious cars.

The name of Lalique has been associated with cars since 1906, with the creation of the trophy awarded to the winner of the «Targa Florio», a legendary race. It was the reign of the motor mascot and so from 1925, René Lalique created 30 legendary models of Mascots out of glass to adorn the Delage, Hispano-Suiza, Voisin, Bentley and Rolls-Royce.

The most dazzling of these fi gurines and the most eagerly sought after today by collectors throughout the world are those few René Lalique designed. In addition to being of unquestionable artistic value, these creations are the symbols of a vanished age, the epitome of a fascinating era. It is little wonder why they are the delight of collectors worldwide. Reissued in crystal, Chrysis, Rooster, Longchamp, Eagle Head, Victoire and Vitesse take life within the satin- fi nished and re-polished crystal fashioned by the magic touch of the artist. These paperweights are sculptures of light celebrating both the richness of Lalique's past and its modernity.

Inspired by these legendary car mascots, the Flying B paperweight, emblem of British luxury car icon Bentley Motors, was born from the association of two icons of French and British industries founded by two visionary men, René Lalique and Walter Bentley. The partnership stems from the commitment of these two Houses to the same values of craftsmanship and exceptional know-how, though at the same time, they both excel in distinct fi elds of expertise. The dynamic of its wings, wrought in gleaming crystal, epitomizes timeless beauty while evoking lightness, speed and elegance. 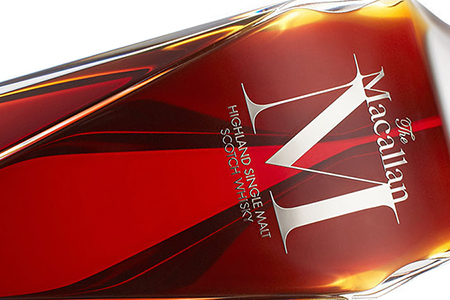 The Macallan M decanter: Mastery in the power of three

An exquisite creation born of a collaboration between three masters: The Macallan, the designer Fabien Baron & Lalique. 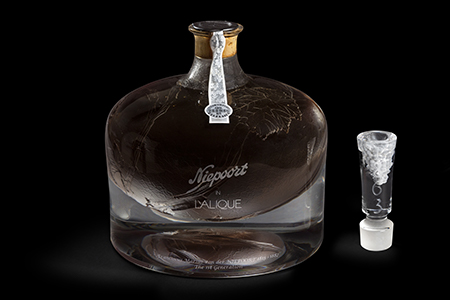 The Niepoort in Lalique 1863 decanter achieves a GUINNESS WORLD RECORDS™ title for the Most expensive Port wine sold at auction at Acker Merrall & Condit Hong Kong at HK$ 992,000 (approx. US$ 127,000)

Saturday 3rd November, Hong Kong: A GUINNESS WORLD RECORDS™ title for the Most expensive Port wine sold at auction was set today with the sale of the first Niepoort in Lalique 1863 decanter. Filled with the exceptionally rare 155-year-old vintage Port created in 1863 by the first Niepoort generation, Franciscus Marius van der Niepoort and contained within a meticulously crafted Lalique crystal demijohn decanter, it sold for HK$ 992,000 (approx. US$127,000) at Acker Merrall & Condit, Hong Kong. 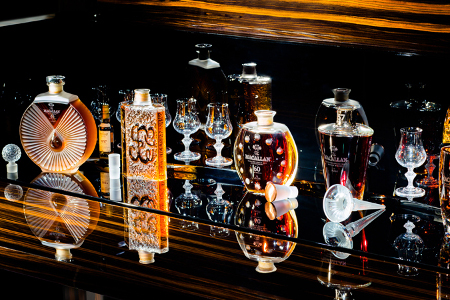 THE MACALLAN IN LALIQUE LEGACY COLLECTION ACHIEVES EXCEPTIONAL AUCTION PRICE OF US$993,000 AT SOTHEBY’S HONG KONG

Sunday 2nd April 2017 saw the sale of the extraordinary Macallan in Lalique Legacy Collection – a set of six stunning crystal decanters containing the rarest of The Macallan’s single malts aged from 50 to 65 years old – for US$993,000 at Sotheby’s in Hong Kong. 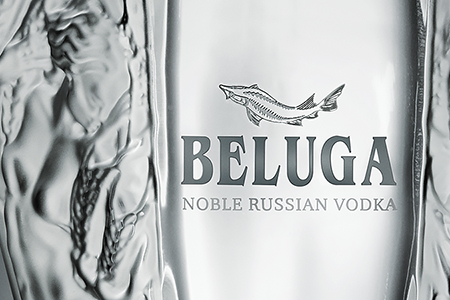 Lalique and Beluga Noble Russian Vodka are initiating a nice collaboration with the introduction of BELUGA EPICURE BY LALIQUE, a limited edition decanter.