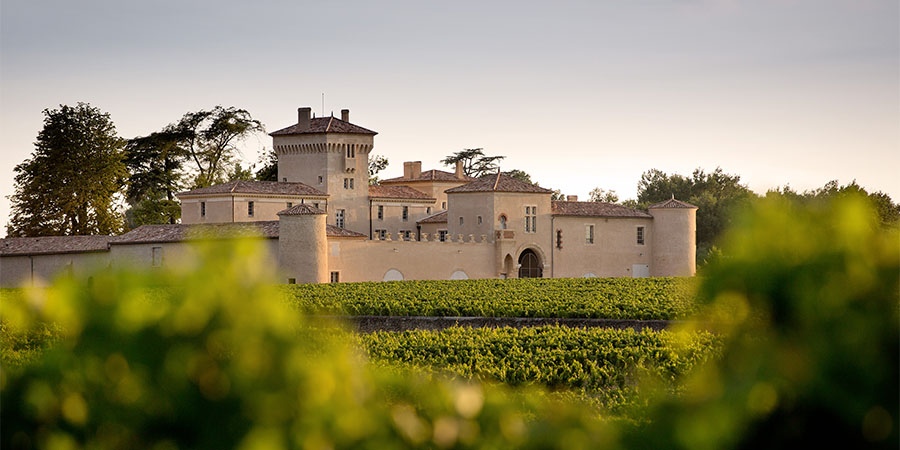 The Lafaurie-Peyraguey vineyard is situated at the heart of the great terroirs of Sauternes. Purchased in 2014 by Silvio Denz, Chairman and CEO of Lalique and owner of five vineyards in the Bordeaux region, including Château Faugères, Saint-Emilion Grand Cru Classé purchased in 2005, Château Lafaurie-Peyraguey is getting ready to greet a new dawn.

Redesigned as a luxury hotel with a gourmet restaurant, the entire establishment has been decorated by interior designers Lady Tina Green and Pietro Mingarelli. Already well known for their Lalique Maison collection and the Villa René Lalique project (five-star hotel and gourmet restaurant with two Michelin stars, a member of the Relais & Châteaux collection), the two designers opted for a “country chic” style, with original creations inspired by the theme of wine.

As Silvio Denz explains, this latest Lalique hotel, managed by Christophe Noulibos, comprising ten rooms and three suites, is intended as a place “where four worlds – wine, crystal, gastronomy and hospitality – come together, for all forms of creativity have something in common”.

The man taking up this gastronomic challenge is Jérôme Schilling, former executive chef at Villa René Lalique alongside the three Michelin-starred chef Jean-Georges Klein, who will take charge of the restaurant kitchen serving around forty covers. The project is also headed by Adrien Cascio in partnership with Romain Iltis, Chef Sommelier at Villa René Lalique, who gained the titles of Meilleur Sommelier de France in 2012 and Meilleur Ouvrier de France in 2015. Together, they have created an ambitious wine list with diverse influences: a rich selection of Sauternes, a highly impressive choice of the best Bordeaux Crus and a great variety of more affordable wines.

Through Lafaurie-Peyraguey, Silvio Denz wishes to contribute to the creation of high-end wine tourism in the Sauternes region. This new project will bring fresh momentum to the smallest Bordeaux appellation and attract a large number of visitors to this multi-facetted region, with the object of rekindling the love affair with the great wines of Sauternes.