May cause an allergic skin reaction. Harmful to aquatic life with long lasting effects.

If medical advice is needed, have product container or label at hand. Keep out of reach of children. IF ON SKIN: Gently wash with plenty of soap and water. If skin irritation or rash occurs: Get medical advice/attention. Avoid release to the environment. Dispose of contents/container in accordance with local regulations.

Never burn the candle for more than 4 hours

By choosing the ground option, you will receive your order within three (3) to seven (7) business days.

We offer free ground shipping on all orders.

Your item will be carefully wrapped in a unique black box. If you choose to send this piece as a gift, you have the option to include a note with a personal message.

Lalique has implemented security measures to protect your personal information against unauthorized access and use.

A return for this item may be initiated within 14 days of delivery.
See Details

After his unforgettable chance encounter with Ambergris, the perfumer continues his journey by following the path of great navigators on the Spice Route. He sails the seven seas from the West Indies to the Cape of Good Hope and from the Malabar Coast to China in order to find the very best qualities of vanilla, sandalwood and patchouli.

Sandalwood
Originating from tropical Asia, Sandalwood is a rich, musky, warm wood which is primarily cultivated in the Mysore region of Southern India. Manuscripts dating back more than 4000 years testify to the use of this precious and sacred wood, at which time it was used during religious ceremonies, for building temples and monasteries, as well as carving perfumed divinities. According to the biblical story, King Solomon used the highly prized sandalwood given to him by the Queen of Sheba to make balustrades to the temple of the Lord and the royal palace, and to construct lyres and harps for the musicians. Aromatic raw material of great value, the essence of sandalwood is obtained after distilling wood and roots. Also known as « liquid gold », its fragrance is milky and suave, oriental and powdery, smooth and heady. 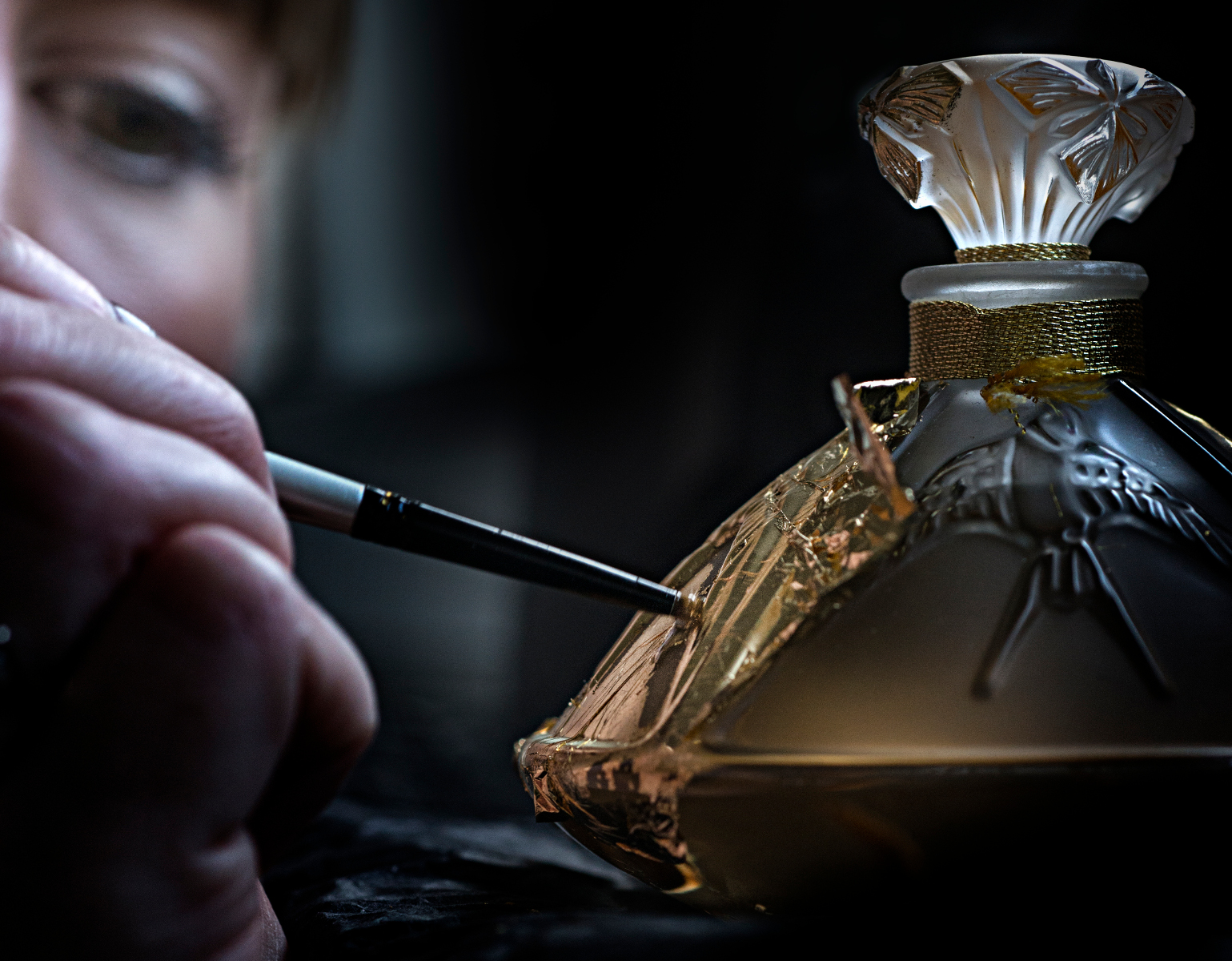 The extraordinary skill of the region's glassmakers brought René Lalique to the Northern Vosges. Today, nearly two hundred men and women still put their dexterity and knowledge at the service of creation. Discover

Our other crystal candles

Dear customer,
We offer you the possibility to fill in this contact form to benefit from personalized advice and guidance as you browse the site. Our Customer Service will be delighted to accompany you as you discover the House of Lalique and its products.

Thank you for your enquiry. You will receive a confirmation email.