A square, straight lines, bridges and angles. A perfect circle. The beauty of geometry... Who better than Mario Botta, an immensely talented architect, could have offered Lalique a piece as exceptional as Géo? 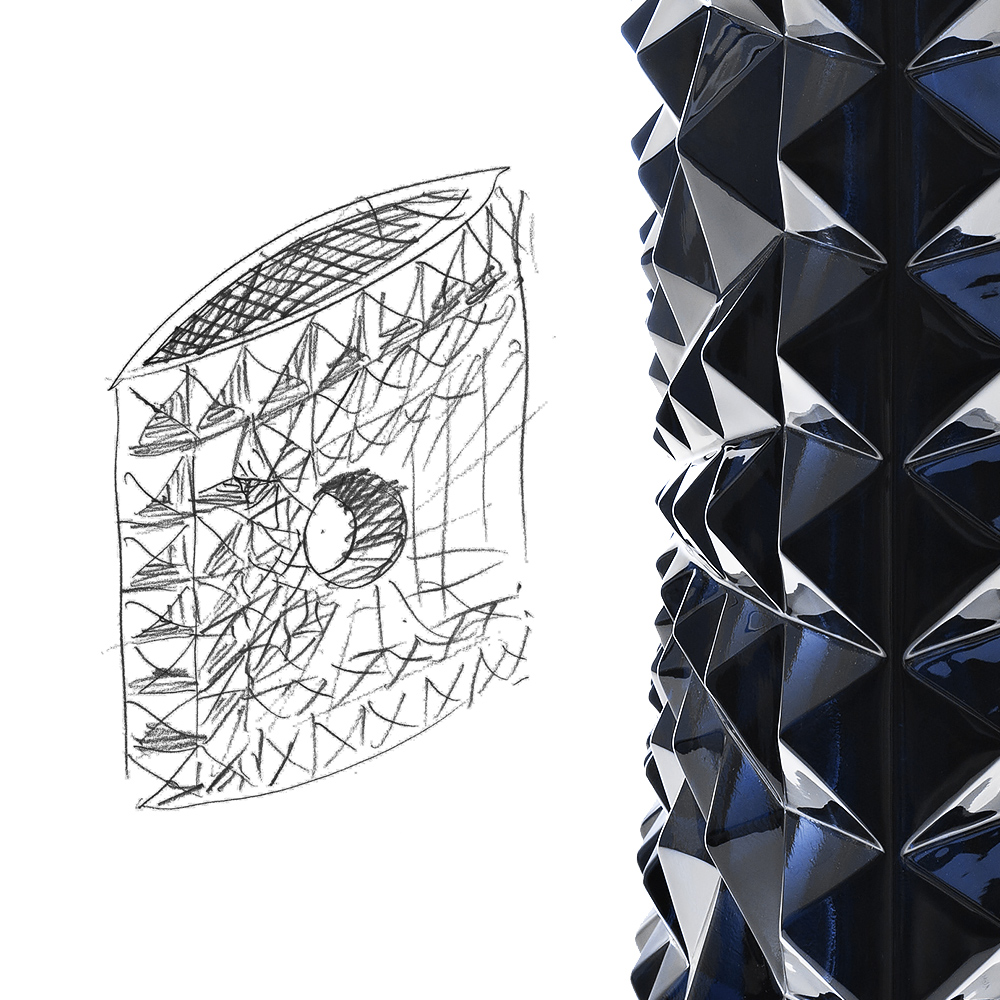 Sketch of the Geo vase by Mario Botta

Géo, a masterful design characterized by its variable geometry and transparency

A perfect square, patterned with three-dimensional, pyramid-like shapes. A circle in the centre with a halo of pure crystal, drawing and pleasing the eye. The diffraction of the sun’s rays...

A masterful design characterized by its variable geometry and transparency, Géo epitomizes what unites the crystalmaker Lalique and the Swiss architect Mario Botta, an artist working with volume."This vase can be interpreted as the miniature of a large palace", notes Mario Botta, many of whose architectural projects show a similar appreciation for crisp lines and sharp angles. Visually, Géo refers to the Palazzo dei Diamanti in Ferrara, a source of inspiration for the architect, who has never stopped experimenting with form in forty-five years of practice.

“Architecture is the masterly, correct and magnificent play of masses brought together in light” 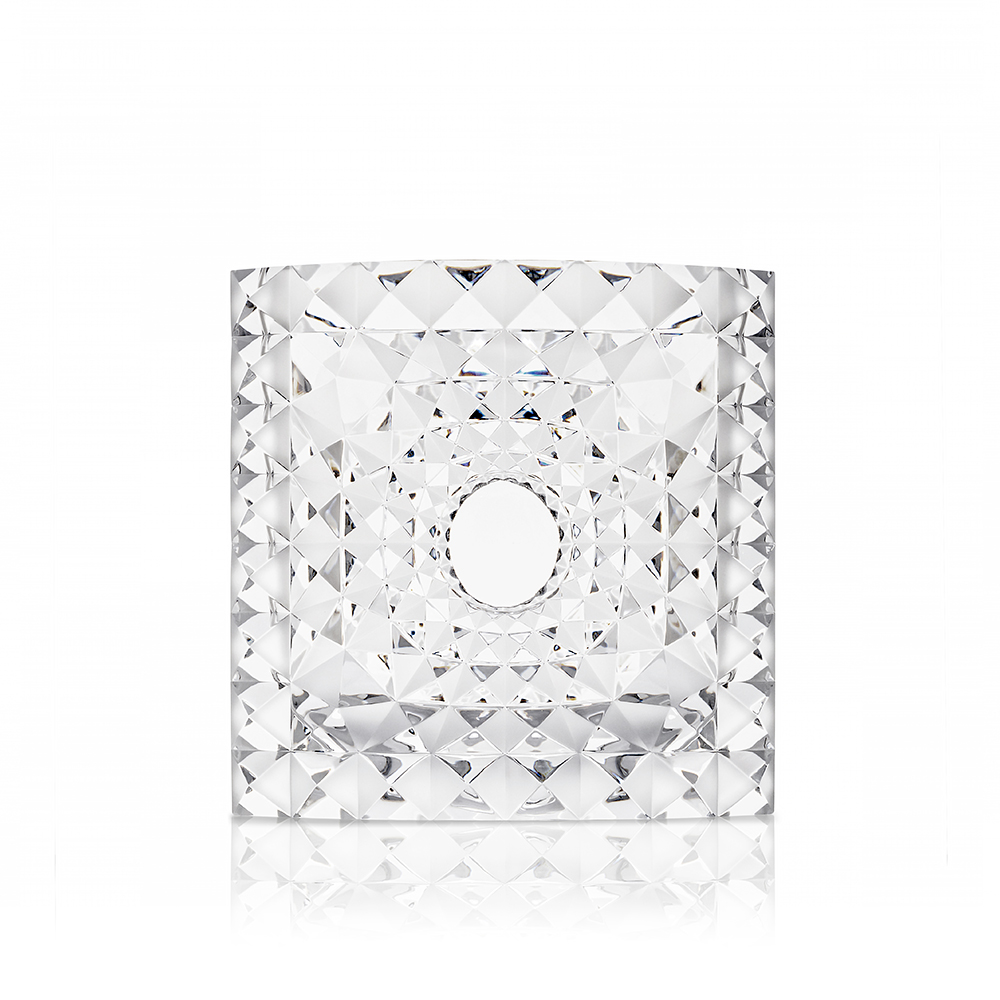 Geo, a vase created by Mario Botta for Lalique

Fired by Lalique’s master glassmakers, Botta’s sketch “crystallized” into a remarkable Limited Edition: 250 vases made of clear crystal, each one signed and numbered, with its own certificate of authenticity. Emerging from steel moulds at the crystal works, these receptacles of light reflect the excellence of Lalique craftsmanship in every facet, matte or shiny. 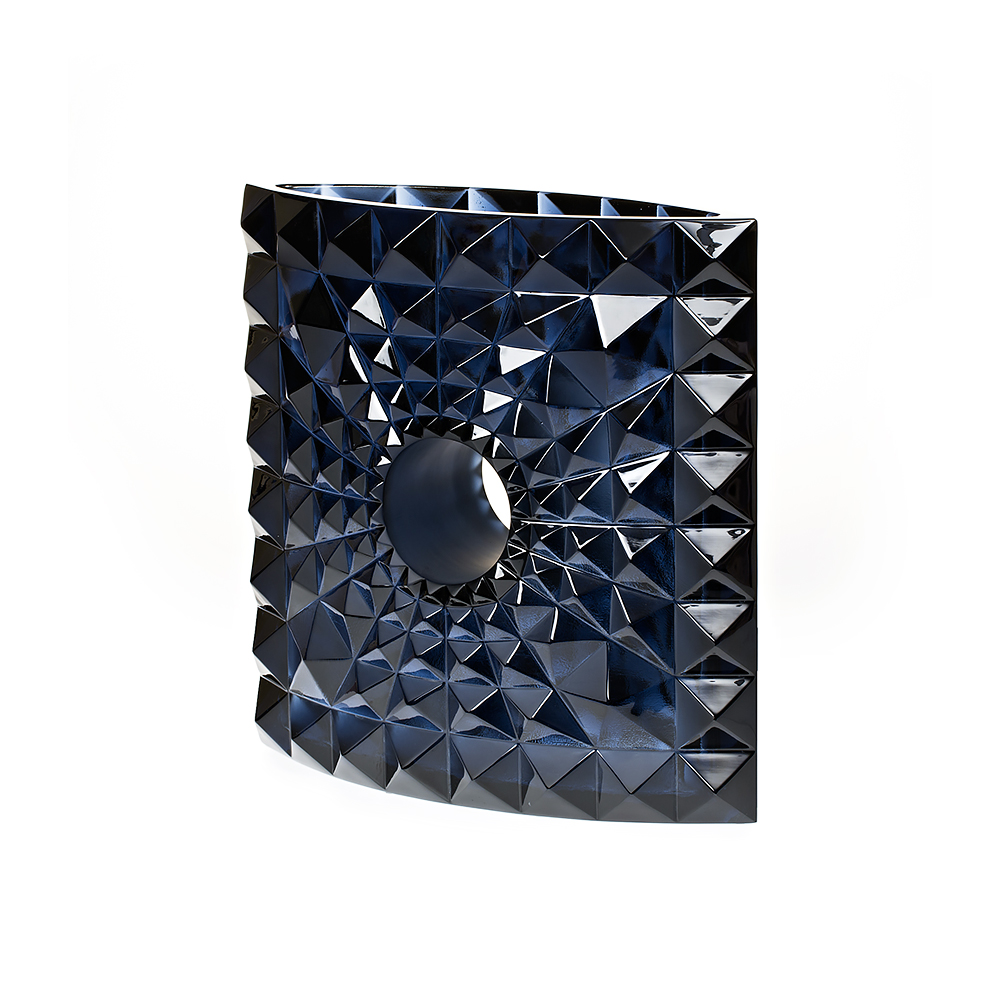 René Lalique refreshed the art of crystal-making by introducing new styles, first Art Nouveau then Art Deco. He knew that his real material, the one he actually had to “sculpt,” was light. This ambition has been perpetuated in the Géo art edition by eight master craftsmen (Meilleurs Ouvriers de France), in line with house tradition.

They chose the venerable “lost wax” technique, which the master himself had revived and updated. The process, which originated in China 3,000 years ago, is used to cast bronze sculpture. Refractory plaster is moulded around a wax model that melts during firing in the kiln. The hollow left in the mould is three-dimensional, ready to receive the crystal. In the case of Géo, the crystal remains in the kiln for 20 days.

Before firing Géo, the artisans carefully craft the circle in the centre, conceived by the architect as the “core” of the work. Here, Lalique’s expertise meshes perfectly with that of Botta. To describe his encounter with crystal, Botta quotes Le Corbusier: architecture is “the masterly, correct and magnificent play of masses brought together in light.” Géo confirms this, brilliantly. 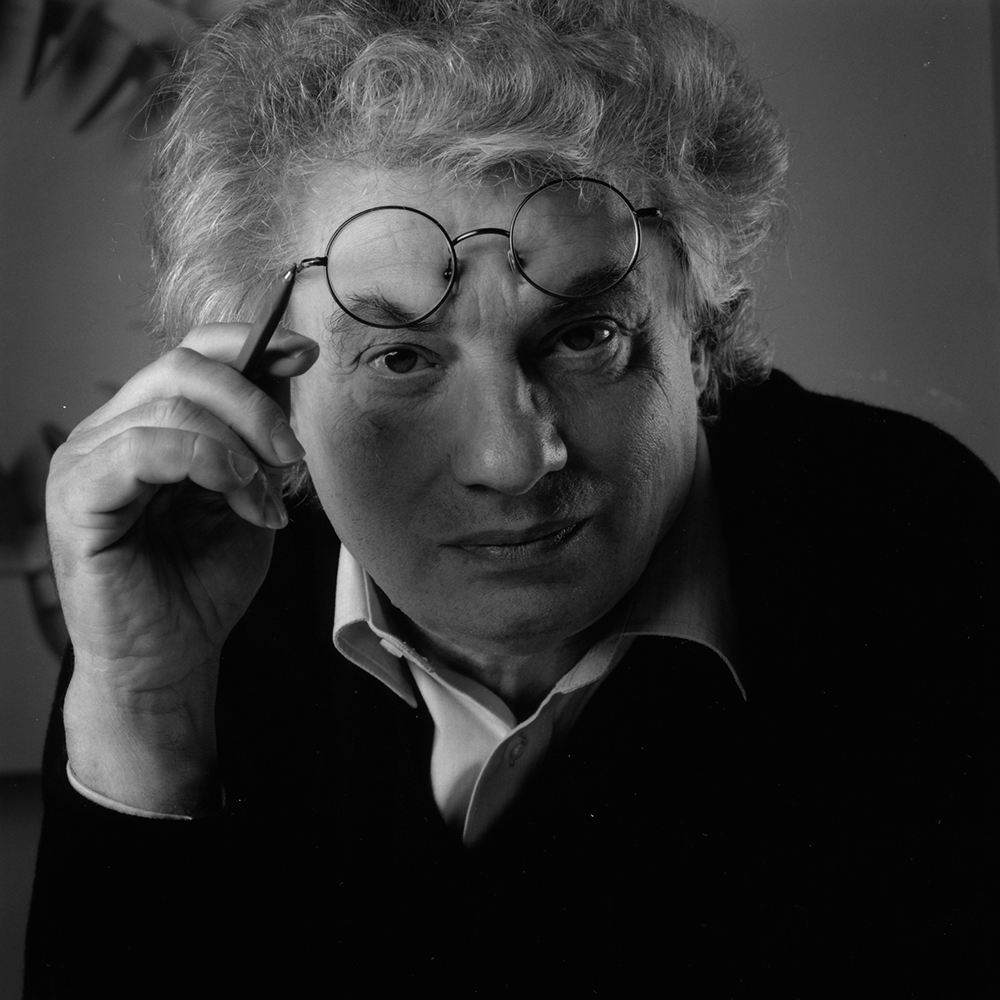 Mario Botta, the celebrated Swiss architect, was born in Mendrisio, Ticino in 1943. After serving an apprenticeship in Lugano, he attended art school in Milan, followed by studies at the University School of Architecture in Venice, obtaining his diploma in 1969 under the guidance of Carlo Scarpa and Giuseppe Mazzariol. During this period, he had the opportunity to meet and work with Le Corbusier and Louis I. Kahn.

At the very start of his career in 1970, the first buildings he constructed were already characterized by the intense research that his many later creations across the world would epitomize. Parallel to his architectural career, he pursued his educational interests, teaching and contributing to conferences, seminars and critical reviews at various schools of architecture in Europe, Asia, the USA and Latin America.

His work has earned him widespread international recognition and there have been numerous exhibitions devoted to his creative designs. He has received more than 50 awards and accolades.
His most notable works to date include: the San Francisco Museum of Modern Art, Evry Cathedral, the MART Museum in Rovereto, Italy, the Tinguely Museum in Basel, the Church of Santo Volto in Turin and the Tschuggen Bergoase Hotel in Arosa.

For further information on Crystal Architecture by Mario Botta, we invite you to download the full brochure available below. Also, we remain at your disposal for any further enquiries by e-mail.