After an initial collaboration with the Yves Klein Archives in 2011 that gave rise to the superb crystal piece “Victoire de Samothrace”, Lalique is now proud to renew the collaboration, taking the technical challenge a step further, with another Yves Klein masterpiece that has mythical status: “la Terre Bleue”. 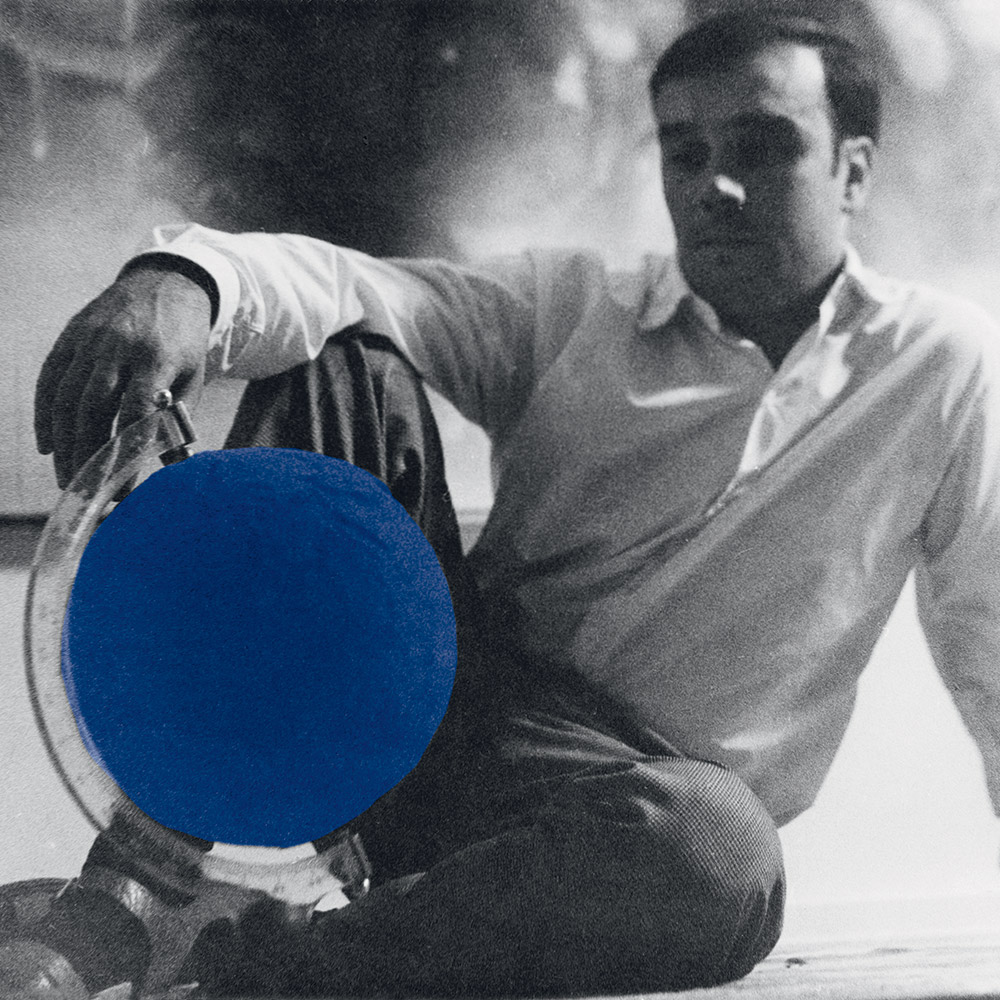 Yves Klein was a genius who, despite the brevity of his career, left a distinctive and fascinating body of work which resonates in the history of art. To his mind, blue was a unique colour with the power to render the immaterial and invisible, such as space and the sky, visible.

One day, he had the idea of realizing a globe. I had been thinking for some time about creating this work in crystal, so what could be more natural than my proposing it to Lalique once we had decided to continue our collaboration. I am very happy with the result, which is faithful to the work of Yves Klein and introduces a fresh perspective thanks to the transparency of the crystal. 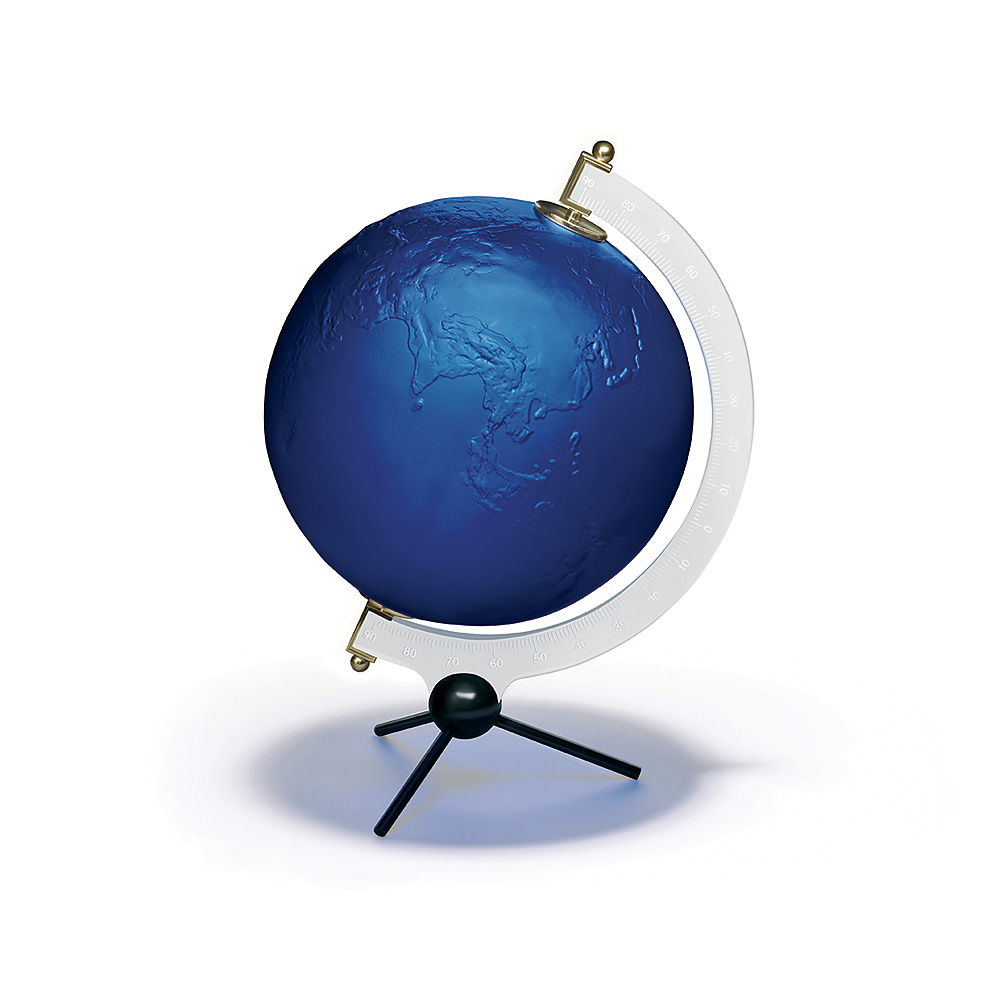 In the oeuvre of Yves Klein, the Earth is a recurrent theme, appearing in multiple variants and forming a series more globally entitled “Planetary reliefs”.

It is a perfect expression of Yves Klein’s fascination with the monochrome, the immaterial, space and nature. The Earth looked as though it had been dipped in a container filled with “IKB ™” paint.

In creating this exceptional piece, Lalique, thanks to the talent of its artisans coupled with the lost wax technique and Blue Klein ™ artfully recreated by obtaining a specific formula of copper and cobalt oxides, has further extended the possibilities of crystal.

Originally created by Yves Klein in 1961, the “Terre Bleue” takes on a completely new dimension in crystal, giving it an unrivalled transparency, the light revealing the essence of the material. 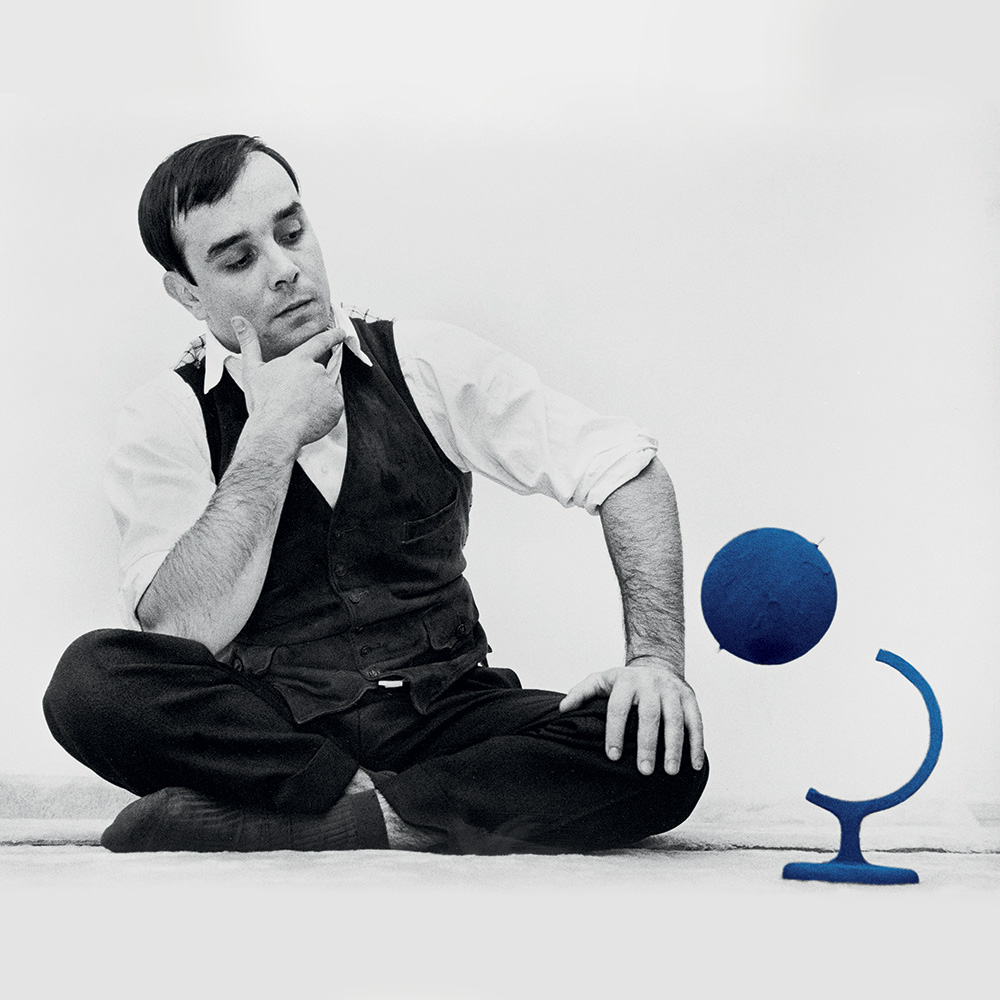 The Earth is an intense deep blue

"… In 1957, Yves Klein declared that the whole world is blue. He marked the occasion by creating a model globe in Blue Klein ™ relief blue, which he portrayed levitating in space, out of its stand and axis, to make it easier to contemplate... 4 years later… in April 1961, cosmonaut Gagarin commented: “The Earth is an intense deep blue!”" 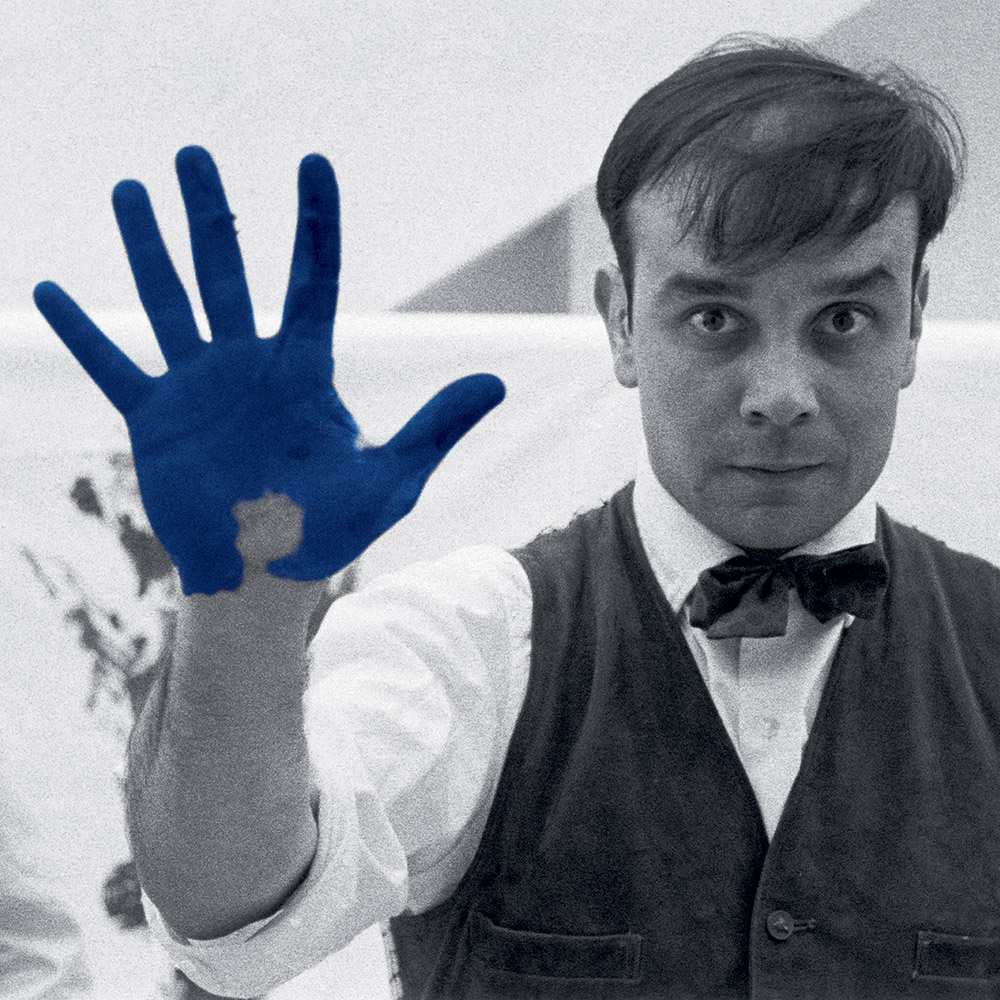 Yves Klein during the filming of "The Heartbeat of France" in the studio of photographer Charles Wilp, Düsseldorf, February 1961 © Photo Charles Wilp / BPK, Berlin

Yves Klein was born in 1928 in Nice.
In 1947, Yves Klein took up judo, seeing its practice as a form of intellectual and moral education aimed at perfecting self-control and mastery of the emotions. In 1952, he left for Japan to advance his judo skills, obtaining a fourth-dan black belt.

Starting in 1955, Yves Klein presented his work in an artistic setting: monochrome works in different colours entitled Yves, peintures.
In 1956, he embarked on his “Blue period”, choosing an ultramarine blue that already existed, a highly saturated, uniform and spiritual shade; the mythical Blue Klein ™, which he said was “the perfect expression of blue”.
But the monochromes were just one aspect of his work in which he deployed a number of different techniques: “Peintures de feu” (Fire Paintings), “Cosmogonies”, “Sculptures-Eponges” (Sponge Sculptures), “Anthropométries”, “Planetary Reliefs”...

Yves Klein married Rotraut Uecker, a young German artist in 1962. He died a few months later at the age of 34, leaving an oeuvre that is intense, bold and embodies notions of the infinite, an oeuvre that continues to inspire new generations of artists and those passionate about our times.

For further information on La Terre Bleue, Yves Klein ™ by Lalique, we invite you to download the full brochure available below. Also, we remain at your disposal for any further enquiries by e-mail.